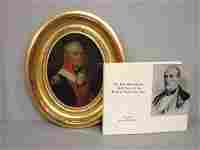 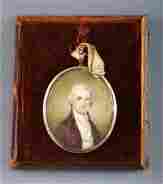 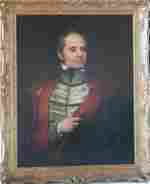 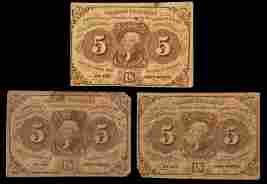 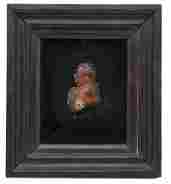 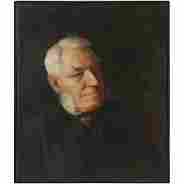 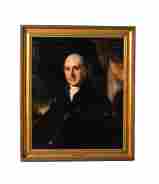 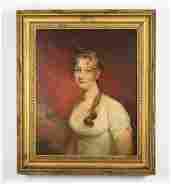 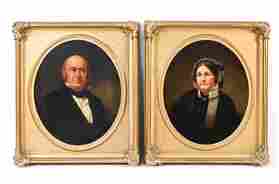 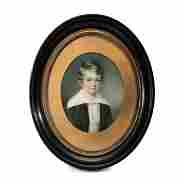 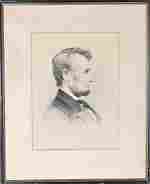 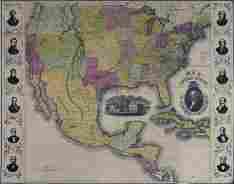 2018Miller Map of the US with Presidential PortraitsSee Sold Price 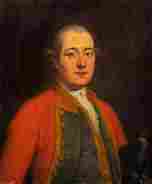 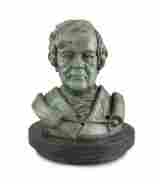 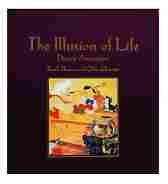 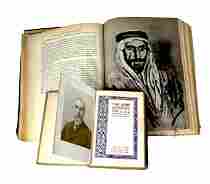 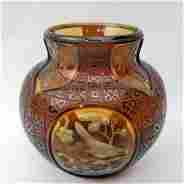 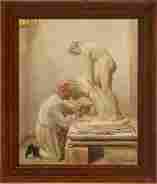 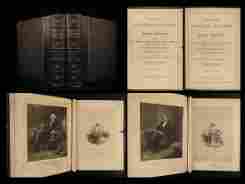 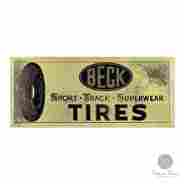 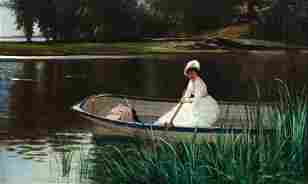 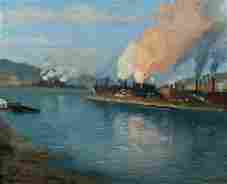 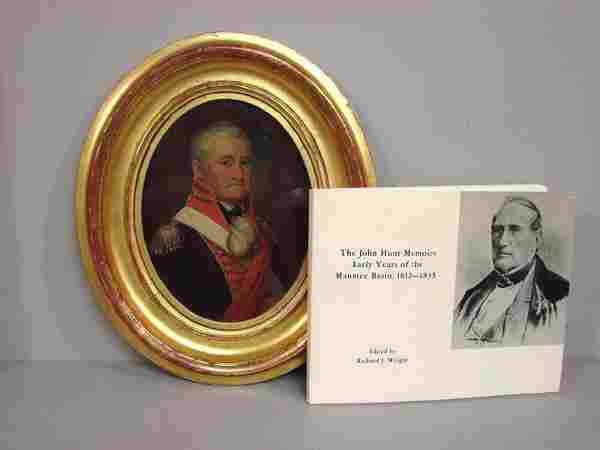 IMPORTANT OHIO FRONTIER PORTRAIT OF COLONEL THOMAS HUNT, USA (1754-1808). Oil on tinned iron panel with lead primer on reverse, to which is affixed the remnants of a nineteenth-century framer's label, and with an inked note reading, "#4334/General Thomas Hunt/Great Grand Father/of/Isabelle Corwith Cramer/Given to Corwith Cramer/by/Isabelle Ryerson". An exceptional, half-length portrait of the uniformed Hunt. Mat halo, a few very minor flakes. 8 3/4"h. 6 3/4"w., in its original carved and gilt frame 13 1/2"h. 11 1/2"w. Few American officers had such a distinguished record as Thomas Hunt. Born in Watertown, Massachusetts, he first entered military service as a sergeant in Craft's Minute company and fought at Lexington-Concord on April 19, 1775, later fighting at Bunker Hill with the rank of ensign. In January 1776, he was appointed an ensign in the 25th Continental Infantry and served with it during the Canadian Campaign. Ensign Hunt, broken down by hard service and disease, was sent home in December 1776. Soon afterwards, he was appointed Lieutenant in Jackson's Additional Regiment and by March 1779 was a captain. He saw much hard service and was wounded in the capture of Stony Point while serving with Wayne's Light Infantry. Hunt was again with the Corps of Light Infantry in 1781, commanding one of the companies in Gimat's Battalion during the Virginia campaign. He fought at the battle of Greenspring and was wounded in the taking of Redoubt No. 10 at Yorktown. In 1791 he was appointed a captain in the 2nd U. S. Regiment, with rank dating from October 1786. By 1793 he was a major in the 2nd Sub Legion and served with it during Wayne's Indian Campaign of 1794, fighting at Fallen Timbers. Reassigned to the 1st Infantry in 1796, he was made lieutenant colonel in 1802 and promoted to colonel-commandant of the regiment the following year. During this period, he held commands at Fort Defiance, Fort Wayne, Fort Industry, Mackinac and Detroit. When the Territory of Louisiana was transferred to the United States he crossed the Mississippi with his regiment and built the post of Bellefontaine, just above St. Louis. In 1796, Hunt returned to Boston on furlough to collect his family, who accompanied him back to his frontier posting. John Hunt, one of his sons, recorded one interesting occurrence at Bellefontaine in 1806: "I was rolling a hoop one day near the River bank when I saw two or three bark canoes of...strange looking Indians at the landing that they had long beards and large flapped hats on. He rose from his seat, and exclaimed at once, 'it must be Lewis and Clark'; and it proved to be so. They had been absent for over three years...[over the] Rocky Mountains and to the Pacific Ocean....My mother gave them a feather bed to sleep upon, but they could not endure it, and took the buffaloe robe from under it, and slept upon that, on the floor." Captain Meriwether Lewis was an officer in Hunt's 1st Infantry and learned his trade under the old soldier, so it was a warm reunion. Hunt died at this post on August 14, 1808, followed by his wife the next year, survived by eleven children (the eldest only nineteen).
This important portrait, published here for the first time, is the original portrait of Colonel Thomas Hunt, taken from life, which descended down the family line to his great grand-daughter, Isabelle Corwith Cramer, thence to Isabelle Ryerson, and finally to Corwith Cramer, Jr. (1927-1983), after which it passed out of family hands. There are two other portraits of Hunt known, both later nineteenth century copies after this circa 1803 original. Most of the Hunt children settled in the Old Northwest, primarily northern Illinois near Chicago, although his son John spent most of his life in the Detroit-Toledo-Maumee area and was a founding member and officer in the Maumee Valley Historical Society, founded in 1864. His manuscript memoir, published by the society more than one hundred years later as "The John Hunt Memoirs: Early Years of the Maumee Basin, 1812-1835", contains wonderful information about his father's military service and has a color reproduction of one of the two copy portraits opposite page 8 (a copy accompanies this lot). At that time (about 1970), it was owned by a Hunt descendant residing in Toledo. The other copy portrait, a small oil on panel done circa 1840, is still owned by another descendant residing outside of Chicago and was published in James L. Kochan's "The United States Army, 1783-1811" (Oxford: Osprey Publishing, 2001), page 22.
These portraits depict Hunt in his later years when serving as lieutenant colonel or colonel of the 1st Infantry Regiment. In the original work, the uniform precisely matches that prescribed in regimental standing orders for field grade officers, issued at Detroit between 1801-03 and worn until 1808. Such details include a silver regimental gorget around the throat, a whitened leather swordbelt with silver plate affixed to it, and a silver-laced, scarlet-faced, blue regimental coat of cutaway form. It is quite easy to distinguish the original from the later copies, as the sitter's features are rather poorly executed and the correct details of his uniform are obscured or shown incorrectly in the later versions (for example, version one shows the epaulettes incorrectly and the leather sword belt is interpreted as a white, cloth sash; the Illinois version, while an earlier and better copy, makes some errors in the uniform details and was done by the same hand that painted its companion portrait--another family member who reached adulthood long after the colonel had died). As Hunt never returned eastward after 1797, it is most likely that this original portrait was done by an artist working in Cincinnati, Detroit or St. Louis sometime between 1801 and 1808.

Condition: As described. Very nice condition. Using a 10x loupe you can see a couple pinpoint flakes at the top of the white belt/sash.

Descriptions provided in both printed and on-line catalogue formats do not include condition reports. The absence of a condition statement does not imply that the lot is in perfect condition or completely free from wear and tear, imperfections or the effects of aging. Interested bidders are strongly encouraged to request a condition report on any lots upon which they intend to bid, prior to placing a bid. All transactions are governed by our Conditions of Sale.

Get notifications from your favorite auctioneers.